You are here: Home / Client Tax Letter / Pros and Cons of Roth IRAs

There are a lot of pros and cons of Roth IRAs. Some of the cons are: annual contributions are now capped at $5,500 ($6,500 if you’re 50 or older), Roth IRA contributions aren’t tax deductible, they’re available only to workers and their spouses, and they’re off-limits to high-income taxpayers.

Nevertheless, there is a way to get large amounts into a Roth IRA, regardless of your income or your work status. You can convert a tax deferred account such as a traditional IRA or a 401(k) to a Roth IRA. Such a conversion, though, probably will trigger income tax much earlier than necessary.

Example 1: Jill Kent, age 60, has $400,000 in her traditional IRA, all of which came from deductible contributions. A complete Roth IRA conversion would add $400,000 to her income for the year. That would put her in the top 39.6% tax bracket and expose her to other tax obligations, such as the 3.8% Medicare surtax. Counting state income tax, Jill might owe close to $200,000 in tax on this conversion, for 2016. If she didn’t convert her traditional IRA, Jill could avoid taking any taxable distributions for more than 10 years; going forward, she would be required to withdraw relatively modest amounts each year. 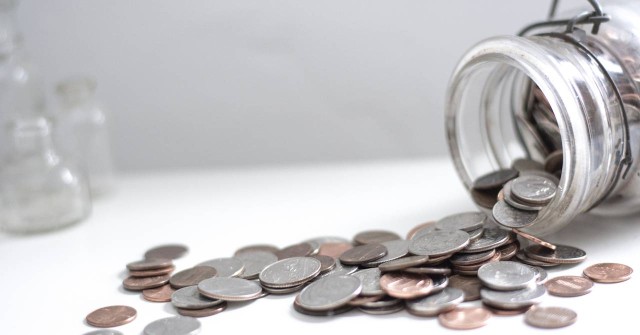 The biggest drawback of a Roth IRA conversion is the upfront tax obligation. In addition, Roth IRAs are subject to record keeping requirements and federal rules, which can change. Several years ago, for example, Roth IRA conversions were prohibited if you reported adjusted gross income of $100,000 or more, on a single or joint tax return.

Despite these drawbacks, Roth IRAs are increasingly popular. The big attraction is the lure of tax-free cash flow. Once your Roth IRA has been in place for five years and you reach age 59½, all distributions are tax-free. (The first hurdle is really 4+ years because any 2015 Roth IRA conversion, even in late December, reaches the official five-year mark on January 1, 2020.)

Qualified Roth IRA distributions will be untaxed, no matter how much income you report or how high tax rates might be in the future. Thus, having some money in a Roth IRA offers a hedge against rising income tax rates, which many observers predict.

Another advantage of Roth IRAs is that owners have no required minimum distributions (RMDs). With traditional IRAs, 401(k)s, and so on, you generally must take out certain amounts each year after age 70½, or face a 50% penalty on any shortfall.

If she converts her entire traditional IRA to a Roth IRA before that age, Jill will have no RMDs. She eventually can withdraw as much or as little as she wants, tax-free, and leave the balance to her beneficiaries. Those beneficiaries—who might be in their own high tax brackets when they inherit the account—can take untaxed distributions, although they will be on an RMD schedule.

By converting her traditional IRA to a Roth IRA in 2016, Jill will be reducing or eliminating her RMD obligation while creating a long-term, tax-free investment account.

Two other features of Roth IRAs make them especially attractive. One, partial conversions are allowed. Jill might convert, say, $40,000 of her Roth IRA in 2016. Assuming an effective tax rate (federal and state) of 32%, her $40,000 conversion would trigger a tax bill of $12,800, which Jill can manage. If she does this every year, Jill could move most or all of her traditional IRA to a tax-free, RMDfree Roth IRA in 10 years.

The second appealing feature of a Roth IRA conversion is the ability to recharacterize (reverse) the conversion back to a traditional IRA by October 15 of the following year. This can be done in full or in part, so you effectively have the ability to specify the amount of tax you’ll have to pay.

If you want to know more about the pros and cons of Roth IRAs for your situation, contact us and we’ll help you determine the amount to recharacterize, if you wish to execute a Roth IRA conversion in 2016 and perhaps a recharacterization in 2017, to hold down the tax you’ll owe.

Succession Planning for a Family Business

What our customers say…